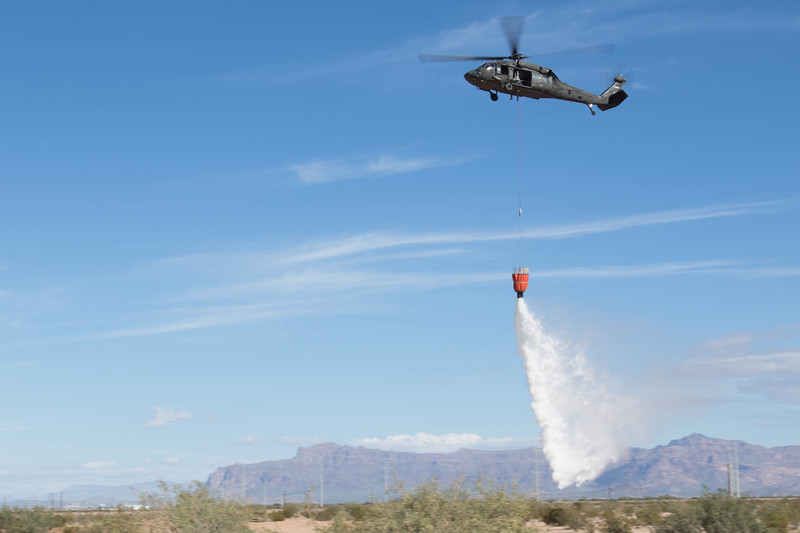 Water is released from a Bambi Bucket suspended under an Arizona Army National Guard UH-60 Black Hawk helicopter from A Company 2-285th Assault Helicopter Battalion stationed in Phoenix, during wildland firefighting training Dec. 12, 2014, at Rittenhouse Army Heliport in Queen Creek, Ariz. The Bambi Bucket is controlled by the crew chief who watches from the side of the aircraft and uses a remote control to open the bag when the helicopter is over the target area. (U.S. Army National Guard photo by Staff Sgt. Brian A. Barbour)